In the first year, students learn all of the components of a computer and how they work together. They also learn modern and current operating systems (OS’s) such as Windows, Mac OS, and most of the popular and common Linux distributions with a Comp/TIA A+ curriculum.

Over the course of the two years, the students will be exposed to most of the computer and networking technology field and career exploration of other areas in the technology industry. 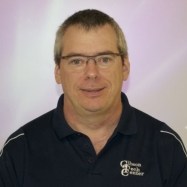